You are here: Home / Buying Ephedra / How the Body Reacts to Know if Ephedra is a Good Fat Burner
Like it Share it

Every person has seen the claims for the latest and greatest diet pills as fat burners, rapid weight loss, metabolic boosters and more. The question is ephedra a good fat burner and what does that mean?

In an ephedra diet pill1 the primary ingredient listed for fat burning is ephedra. Even though ephedra is the main marketed ingredient it is not the only ingredient in many of the different ephedra products marketed as fat burners. The most common ingredients with ephedra are caffeine and aspirin which make what is called an ECA stack. When you look at a supplement label many will listed the herbal version of these ingredients like guarana for caffeine or white willow bark for aspirin.

The FDA did ban ephedra though there is more than version of the ephedra plant so not all ephedra is part of the ban. The ban of ephedra is essentially ephedra alkaloids so no legal ephedra product can contain any version of ephedra alkaloids. What is legal is herbal versions of the different ephedra plants like ephedra nevadensis, ephedra sinica, or ephedra viridis. These will be commonly referred to in nutritional supplement labels as ephedra extract or ephedra leaves.
So is ephedra a good fat burner?

The answer to that question is more complicated than a simple yes or no. For instance, if ephedra works great for one person and not another does that make it a good fat burner? That is main reason why for the point of this article want to stay away from any outright claims.

Lets look at the different mechanisms that ephedra can work in the body and how each of them have the potential for greater ability to burn more fat.

Ephedra works in the body both as a stimulate and as a thermogenic both of which can burn more calories and essentially burn more fat. Any time a person increases energy production above the resting metabolism there is the potential to burn more fat. Different people’s diets, overall health, exercise programs, and metabolic functioning play a determining role on whether fat is the source of the excess calories burned.

Another key aspect to all health and ability to burn fat is the body’s ability to adapt. Just as you run and over time the body adapts to the ability to run faster and farther, a person’s metabolism adapts to both the ability to utilize and how stimulated from ephedra and diet pills in general.

For instance, when looking at ephedra as a good fat burner there is a good chance for most people have had positive effects of using ephedra as at fat burner. Now, the taking the same product seems to have less effect. This is also why it is common to see different ephedra products marketed as extreme fat burners as the amount of ephedra has increased for those who have adapted to lower dosages.

As ephedra is the main ingredient marketed on the bottle it is not the only ingredient often in most products. When comparing different products and the success rate you have found with them it is important to not only look at the total milligrams of ephedra per dose though also the other ingredients that may have been in the products that have worked for you.

An ECA stack is a very common and popular ingredient formulation that for most people works synergistically for greater success. Because of this most ephedra products though not all are ECA stacks of ephedra, caffeine, and aspirin.
Other key ingredients are synephrine, yohimbe, raspberry ketones, garnica cambogia, green tea extract, green coffee bean extract, and more.

Ephedra diet pills still sale at a rapid rate for those looking for them as effective fat burners. The key with your own experience is to pay attention to the dosages of ephedra you are taking and the other ingredients going forward as to make smarter choices on which are going to be best for you.

What Ephedra Does to the Body

Many people have questions on what ephedra does to and for the body. Ephedra in itself is an herb that has more than one species that is used. Only one version of ephedra has been banned in the United States.

Ephedra has been used for years to support the following aspects of the body. The follow are known uses and not an guarantee of results nor a use to treat or cure any disease. Common uses for ephedra are to fight obesity by supporting weight loss, fight allergies and hey fever, support relief from colds and chills, headache relief, and as a diuretic to prevent fluid retention.

Effective in April of 2004, the FDA imposed a ban on ephedra. Confusing to many consumers the ban consists of products containing ephedra alkaloids. The legal products available to get the benefits of ephedra are labeled under ephedra extract or ephedra leaves. These products are the herbal form of ephedra like ephedra nevadensis, ephedra viridis, and ephedra sinica.

Ephedra has been marketed by some as “herbal ecstasy” though the marketing over any herbal supplement as a recreational drug is unapproved.

How does ephedra work in the body? The primary role that ephedra plays with the body is as a stimulate. Ephedra has the ability to stimulate the heart, lungs, and nervous system.

The combination of caffeine and white willow bark may support overweight and obese people in additional weight loss.

Early studies in ephedra suggest that taking key combination of 90mg of ephedra with caffeine for people overweight of at least BMI of 25-40 can show weight loss of 12 pounds over 6 months. These results were in combination of exercise and low fat diet.

More research is needed in how ephedra can support sports performance. There is insufficient evidence on how ephedra supports allergies, colds, and the flu.

Article Name
How the Body Reacts to Know if Ephedra is a Good Fat Burner
Description
Every person has seen the claims for the latest and greatest diet pills as fat burners, rapid weight loss, metabolic boosters and more. The question is ephedra a good fat burner and what does that mean? In an ephedra diet pill the primary ingredient listed for fat burning
Author
Bryan Thomas
Publisher Name
Racer Ephedra
Publisher Logo 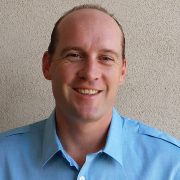 So glad found it

I used to use ephedra for energy and now so happy I have found a place where I can get it again
https://www.racerephedra.com/testimonials/so-glad-found-it/

I needed High Octane Sinica right away and I was able to get it in time which was a life saver. thanks

I needed High Octane Sinica right away and I was able to get it in time which was a life saver. thanks
https://www.racerephedra.com/testimonials/got-it-fast/

been taking ephedra for over 10 years and I get my stuff from Racer
https://www.racerephedra.com/testimonials/get-my-ephedra/
5
3
Racer Ephedra

The information on Racer Ephedra website is the opinion of the staff and information received from manufacturers. This information should not be considered medical advice and not intended to treat, cure, or prevent any disease.