Ephedra is known as a Chinese shrub though American ephedra exists. The pure ephedra alkaloid was first isolated in 1885. However, it wasn’t until the 1920’s that Americans started consuming. Americans used ephedra for asthma relief. The highest therapeutic asthma use culminated in the 1950s. Today ephedra plant supplements dominate the market.

Banned by the FDA

Racer Ephedra has large ephedra diet pill selection. The top products are on sale at discount prices and free shipping. Green Stinger, Lipodrene, and Hellfire are three of the most popular ephedra plant supplements. 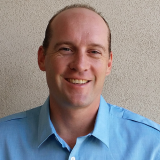